Are you ready for the adventure?

The Lays of Alentë is my legendarium, and in this exploration videogame you can learn about it! The soundtrack is composed by myself, and each world has its own thematic music!

"At the beginning there was the one called Assian, the Thought. Nobody know too much about his history nor his ancient existence, all the Aelmë know about this strange living being is known by them through the Alentë Nebula, his most perfect creation."

After some millenia, other being appeared, called Emial, the Faith, and both created the Sonë, the Children. They created Seven Worlds, with a culture in each one. The names of the worlds are Assiria, Norgdgian, Cil-e-Lian, Asgaralad, Miyanin, Estel'inam and Helrriard.

Minhierr was the creator of Helrriard, Land of Energies. But some creatures appeared in Unir, the universe. They are the Nameless, and they influenced him. Minhierr wanted to reclaim his world, but the Helimard, the culture he created, didn't listen to him. So, in year 232, happened the Ruin of Helrriard , also known as the Battle of the Three Days. After this event, Helrriard was known as the Land of the Devastated.

I will let videos talking about the creation below, but you will find this too in the introduction of the game.

Explore the Seven Worlds of Unir, each one with its own history.

Answer the Call of the Being and follow the instructions to continue your adventure.

Follow the Being to the Chamber of the Worlds to inmerse yourself in each one of them!

Includes different Rooms about the history of Unir

Includes the Chamber of Trophies

Once you get the Seven Keys you will be able to continue to the endgame and more! 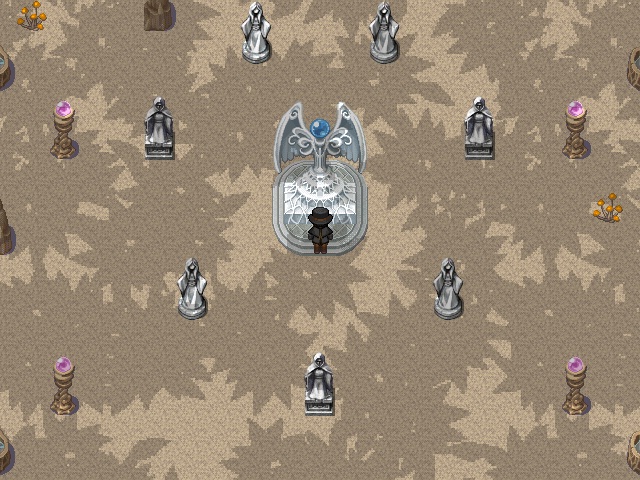 Each world has 9 zones, structured of the same way, so you won't be lost: welcome hall, main town, coast, western crossroad, eastern crossroad, sanctuary, field of fun, garden of heroes and training ground, each one with its own name!

The main buildings of the worlds are: house of the ruler, temple, building of fun, palace of the heroes and barracks, each one with its own name!

Other important buildings are: the store, the armoury, the inn and a cultural building, different in each world.

Other buildings can be found, as: harbor, towers, resting rooms...

Each world also has a Garden of Remembrance and a Garden of Glory, and through this last one, you can access to a Fortress, that is where a great battle happens. 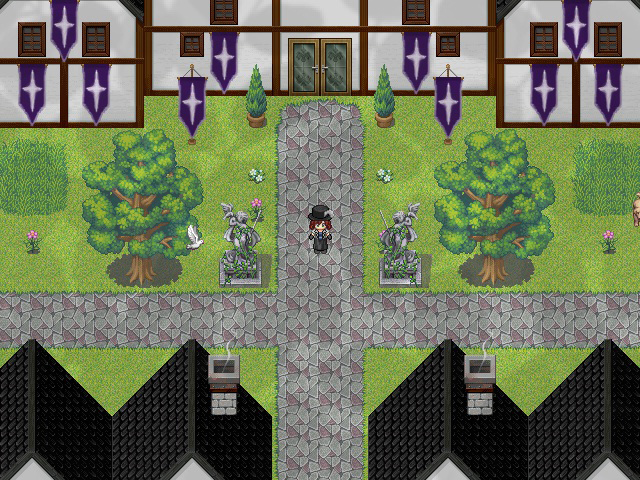 System of Trophies and Items

In your adventure in the worlds you will collect many items related with the history and the culture of them. You can find items in a great variety of things, like chests, shelves, small objects, talking with NPCs, and more, so don’t forget to check all! Although apparently they are useless, they are necessary to collect all the trophies and unlock the cinematics of Assian and Emial available in the Chamber of the Roaming Beings, that is a representation of the initial cinematic of the creation of the universe.

There are trophies related with the First Era and the Second Era. 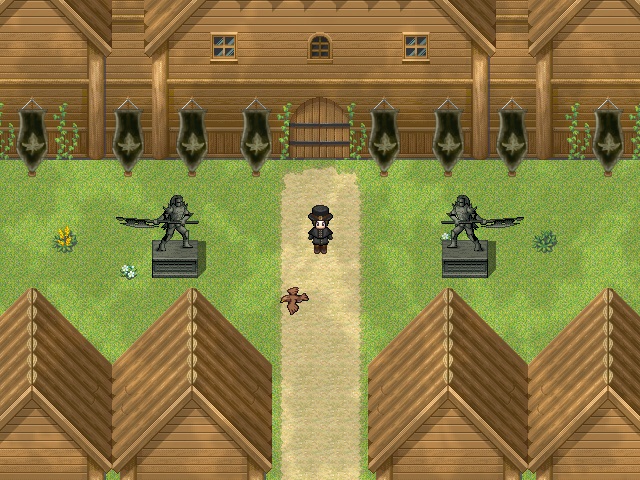 You can cook a total of four different foods per world. To do that, first you will need to obtain the Key of the House. Cooking is not obligatory, but it is a fun aspect of the game, and as an exploration and life-simulator game, it can be quite entertained.

Most of the ingredients for the foods are sold in the Stores of the various worlds, but there are a few specific ingredients that need to be collected from the landscape. These ingredients are found by interacting with trees, herbs, animals or fishing. Ingredients in trees and herbs are not in every tree or herb, and they respawn when you leave the area and enter again. All the ingredients can be sold in stores to get gold. 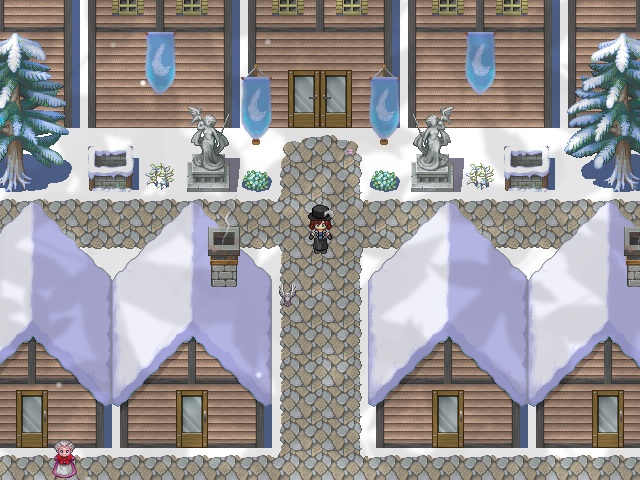 You can adquire one House per world, to a total of seven houses, and this is the most important place for yourself. It is your place of rest, and where you will find many utilities. To get the house you will need to complete a task for the master of the world. When you complete it, you will recieve a Key for the House and the Travel Skill for that house.

There are many utilities in the houses, such as Animal play, Cooking, Worldmap, Clothing and Group mode!

Additionally, you can also get a room in the Chambers of the Beings. 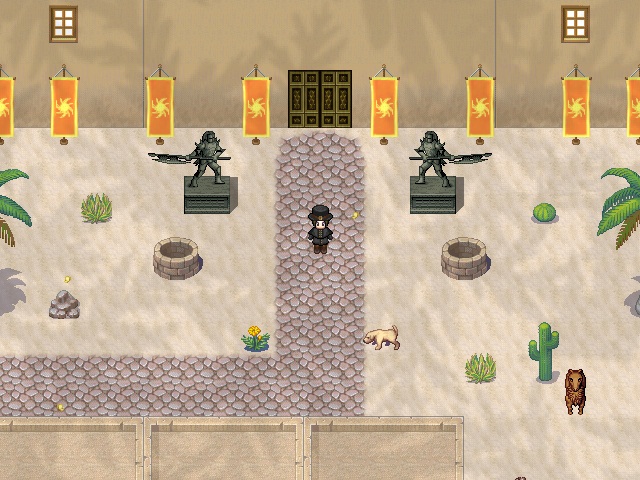 Riddles: in the temples of the worlds there is one sculpture that when you interact with it, you’ll recieve a riddle. These riddles are a good way to earn money.

Music System: when you reach the last room of the Chambers of the Beings, you’ll discover a minigame. You will be able to play music with your keyboard, and so the beings will be happy.

Labyrinth Games: in the buildings of fun of the worlds there is one chess piece that when you interact with it, it will let you participate in a labyrinth game, or it will say you information about the popular board game of that world. This game is a good way to earn money.

Multiplayer Game: in the Chamber of the Room there is an additional minigame thought to be played by two persons locally and turn-based.

Reflecting Pool: it is a fountain that can be found in each one of the Gardens of Remembrance, and it is used to see the Visions that Níssiriel says you to see when you follow the storyline. 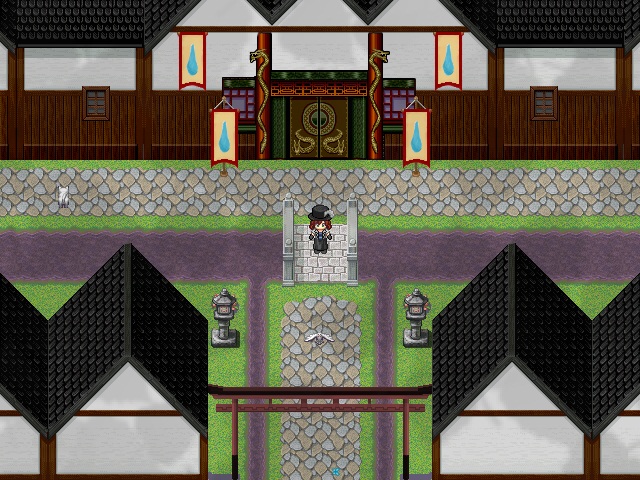 Your main playable character is a Traveller. When exploring the worlds you won’t have any need to combat. There are two characters for this, one male and one female. Both can level up to level 10.

Combat is in special areas, and Travellers have special skills.

The other possible class is Animal, a special class only available for cosmetic purposes. While playing as an animal, you can’t do many things that Travellers can do, such as change your clothes, cook, participate in combat, among others. Their level is 1 and they can’t level up. There is also a secret class called Spirit. 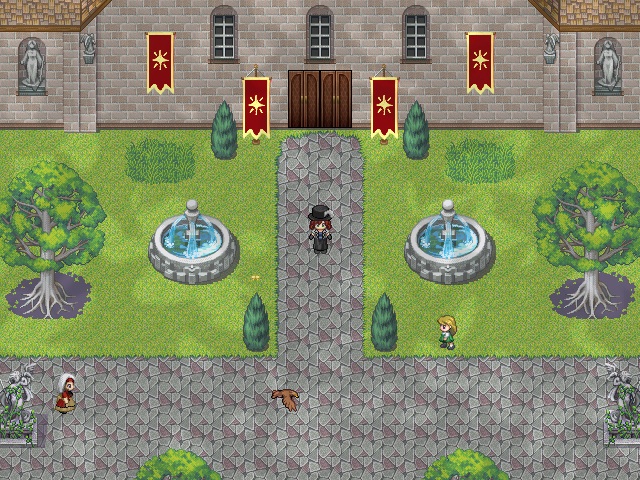 About the Statues and the Historic Places

Around all the worlds there are statues about the heroes and also the iconography!

The Palace of the Heroes, with different name in each world, is where you can learn about the history of the world and the heroes.

The other two important historic places of the worlds are the Gardens of Remembrance and the Gardens of Glory. Created in the Second Era, the first acts as a memorial for the ancient heroes, and the second acts as a monument to commemorate the fight against the Nameless. For now these statues represent an idea or a fear of the cultures.

This game uses Blizz ABS script to work. There are several locations to fight!

Turn Based Duels: a soldier in the Training Grounds of each world will challenge you to a turn based fight!

Arena of Combat: in the Gardens of Glory you can find the Master of Combats, that allows you to participate in the Arena. There are two difficulties: Footman and Champion, whose difficulty varies in the amount of mobs and their weapons.

Epic Battles: in the Gardens of Glory you can find the Master of Merits, that allows you to travel to the Fortress of that world. There is a total of 7 fortresses, one per world, and each one allows you to participate in an Epic Battle by talking with the Guard of the Gates in the central Courtyard. 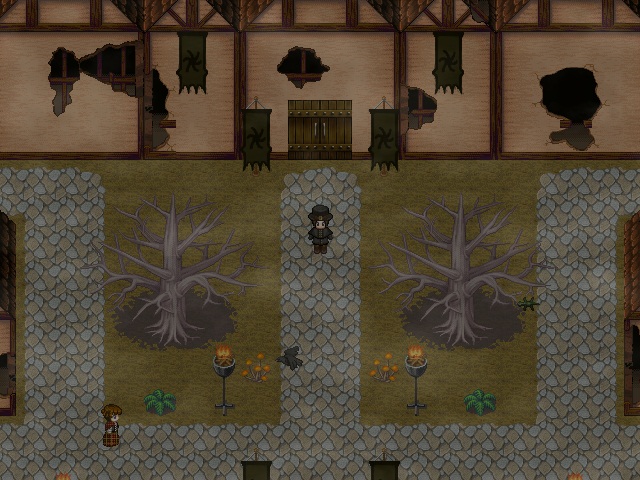 This is is an official product of The Lays of Alentë, but as I’ve used some non-commercial stuff, it is non-profit. Donations are welcome as support.

Thanks to Blizzard for the Combat System,

SephirothSpawn for the Lantern Script

Credits to Flaticon and Iconarchive, since most

of the food icons are taken from there.

This game and its lore is a creation by Anamura

The Lays of Alentë is a copyrighted work

Videos about the lore

Wow you really have built up one amazing storyworld! Everything about this is so intriguing and even just reading this I can feel the immersion :D  How long have you been working on this game? :)

I don't know if you've heard of Game Development World Championship before (gdwc2019) but it's a competition for indie game developers where they can submit their games and it's free! It's great if you want some more visibility for the game and it only takes a couple of minutes to join :)

Hello! Yeah, you also posted about the GDWC in my Horroria game. I was thinking in it, participating by submitting this game, but as it still requires at least the Third Expansion to be completed, at least the basics, not sure. Can unfinished games enter in the competition? To be honest even if I participate, I do it only for visibility and to get players, not to win the competition.

I'm working in the lore since around 4 years ago, I created the game and composed the music back in 2016 if I remember correctly, but it's this year when I'm revamping it and adding more content. The lore is part of a saga of books I'm working on, and that will still take me several years to be completed. This game can be taken as a visual, immersive and timeless aproximation of that :) Since the game is not based in the story of the books, but in the cultures and their lore.

Oh sorry didn't realize I already contacted you! Any game is welcome to the competition as long as it is playable :) Wow 4 years, that's incredible! :D

I took a look to the page of the competition and I'm not sure of something. There will be a page with all the sent games and people can see that page and download the games and play them? Or how it will work? As I say, I'm not really interested in winning, but I am in visibility, that people see my game and maybe play it. If you can explain me how this will work, I might send it :) I also saw in the webpage that you can send various games and it's no problem. Fan-games (non-profit) are also welcome, or only original games are welcome? Thanks!

There are two categories in our competition, one is hobby (non-commercial) and pro ( commercial). You can submit however many games your heart desires to the competition as well! :D Every week we have a fan favorite competition on our facebook where 6 games go head to head and people can vote on our page. On fridays we also have fan favorite where we choose a specific game that we post on facebook :) 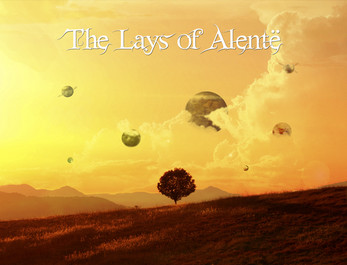 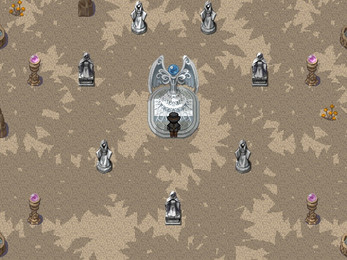 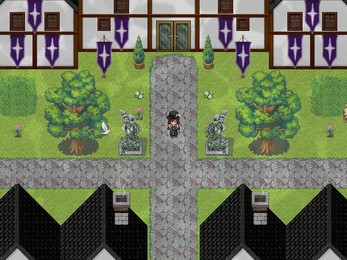 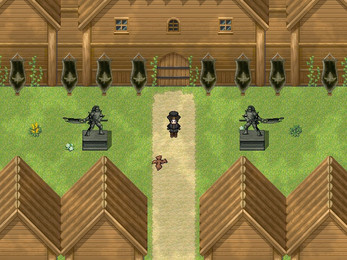 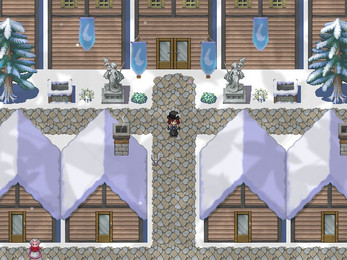 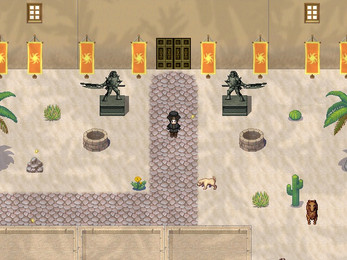 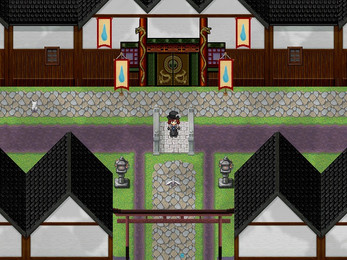 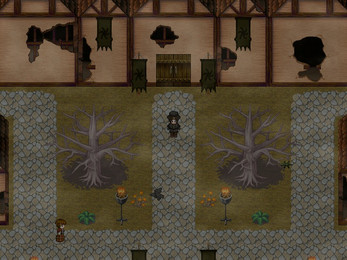